Christopher’s Cake Shop is one of Australia’s oldest cake shops that has been in operation since 1955.

You can find Christopher’s across 10 locations in Sydney serving a variety of handcrafted cakes, pastries & Greek inspired desserts.

1962 – At the age of eleven, Andrea Vasiliou migrates to Australia and meets her father for the first time. 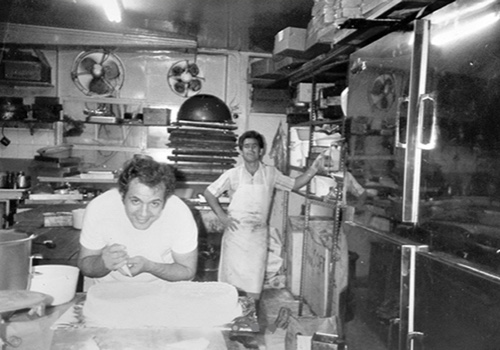 1963 – Christopher Panayi, aged twelve, leaves school to support his family, moving from the village of Kambi to the City of Lefkosia, Cyprus. After working a number of odd jobs he finally ends up in Ariston Cake shop.

1972 – Andrea Vasilou makes a trip back to her birth place in Cyprus. Whilst purchasing some sweets at Ariston Cake Shop, she was spoted by young Christopher who offered to buy the beautiful girl from Australia an ice-cream, she accepted. Three months later, they were engaged. Christopher and his new bride moved to Australia to begin a new life. On arriving in Sydney Christopher started as a pastry chef at Athens Cake shop.

1990 – Christopher is joined in the shop first by his eldest son, Peter, followed by Kyriakos in 1991 and finally youngest son, Anthony, in 1998.

2001 – ‘Athenaiko’ was dropped from the name and the store is now known as Christophers Cake Shop.

2005 – Christophers Cake Shop celebrates 50 Years and a piece from a marble bench where Christopher crafted his art was saved and engraved to celebrate the occasion.

2006 – A third store opens at the Kogarah Town Centre.